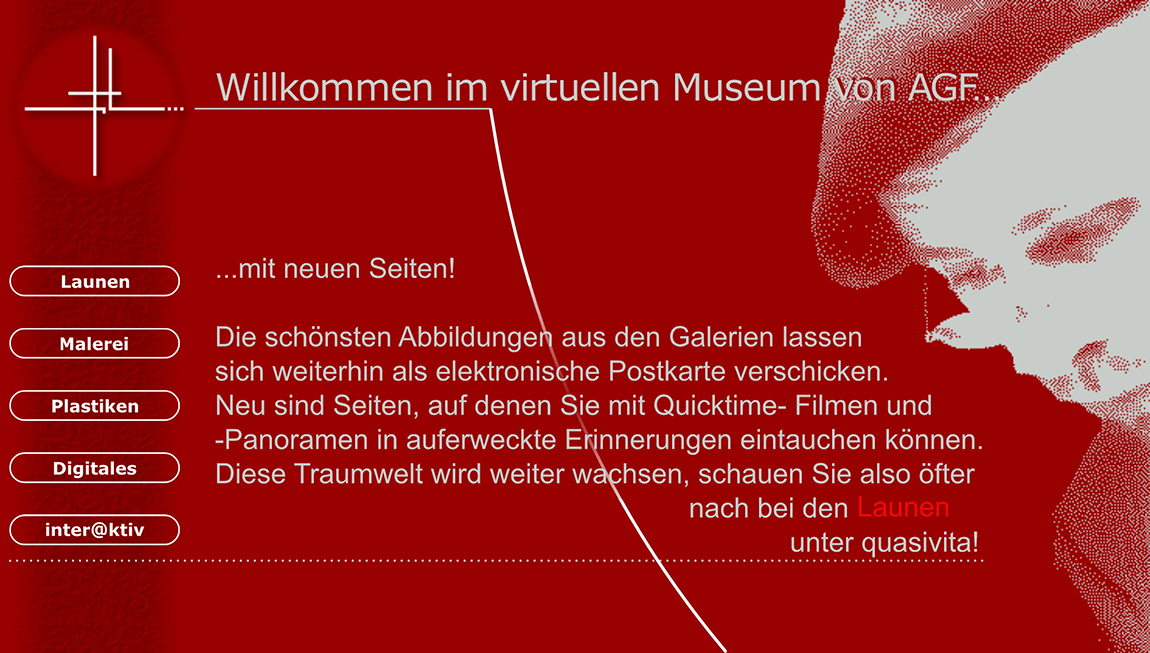 My homepage has been online for about 20 years without any changes. Technical development during this time was enormous and websites are no longer viewed on computers only. High time for an adjustment!

Up until 2001 I was not only a staunch despiser of computers, but also an opponent of photography.

Until then, the main purpose of photography seemed to me, as my environment proved, to torment my more or less valued contemporaries with numerous photonic proofs thrown on the wall, with proofs of where in the world one has been and what everything had happened, but there was no place for it in the respective picture because it happened shortly before or immediately after. Slide by slide...

Computers, for their part, made me feel the lack of their not so advanced development, I saw them more as a hindrance than as an aid.

That changed abruptly the first time I encountered a Mac. It was a revelation to find out that there is also an intuitively operated user interface, to which even programs from the unloved market competitor had to be subordinated in such a way that it was suddenly much easier to use them.

I was able to follow the recommendation to show some of my work online after just 2 weeks, thanks to a second-generation Gnubbel iMac.